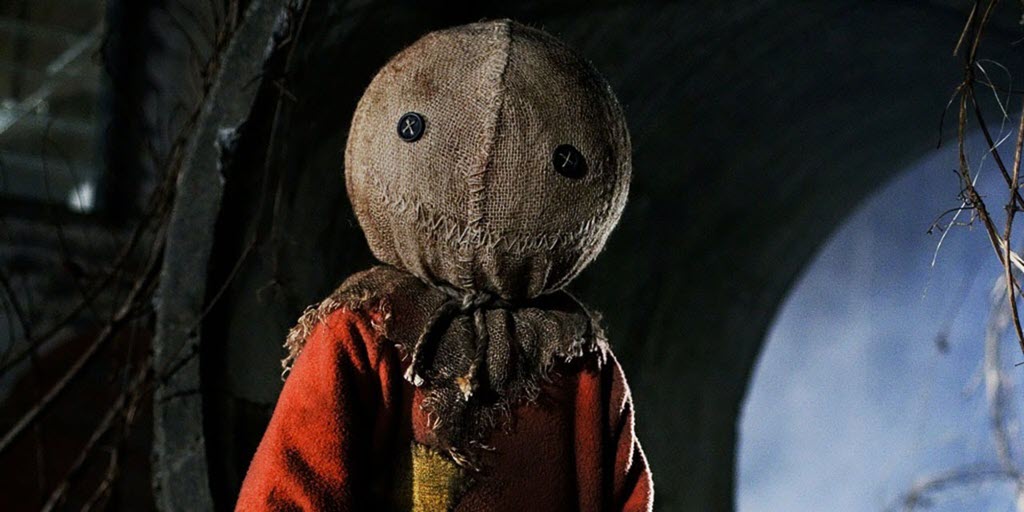 Not every horror movie is a “watch more than once” kind of movie. Some are too violent, too scary, too intense, or just not worth your time to watch it a second time. The thing with horror movies is that, in most cases, they are intended to be enjoyed just once as there the viewer is shocked and surprised the first time they watch the movie. The second viewing is typically not as enjoyable. Despite all of this, a few horror movies keep fans coming back as a rewatchable horror movie. Let’s break down what we’ve found to be the most rewatchable horror movies.

Trick ‘r Treat is a 2007 anthology horror film directed by Michael Dougherty that relates four Halloween stories: “The Principal,” “The School Bus Massacre,” “Surprise Party,” and “Meet Sam.” The stories intersect each other uniquely while keeping the viewers engaged.

The thing with this movie that I really like is that no other film is more in love with the Halloween season than this one, not even the “Halloween” film series. This movie is an anthology and shows us a center of happenings occurring in a town on an epic Halloween night. There are zombie ghost children, werewolves, serial killers, and many other things to keep this movie spooky and exciting.

This film is a cult classic; its passionate fanbase loves it so much that they tend to seek each other out. Obviously, there’s murder, a lot of blood, gore, zombie ghost children (yeah, I am repeating this). Trick’ r Treat is a movie made with love and passion for the horror genre and the Halloween celebration itself. Perfect as a rewatchable horror movie. The more times you watch Trick’ r Treat, the more you notice the stories intersecting with one another.

Despite having a limited number of screenings at film festivals and being delayed for two years, Trick’ r Treat received critical acclaim. As I said before, it garnered a strong cult following for the best reasons. So, if you like blood, gore, funny horror, and obviously; Halloween, this is definitely a film you have to watch (and rewatch). Have I already said that there are zombie ghost children in this movie?

The Orphanage (El Orfanato in Spanish): is a 2007 Spanish supernatural horror film directed by J. A. Bayona and produced by Guillermo del Toro. The film tells the story of Laura, who returns to her childhood home, an orphanage, and her adopted son, Simon, goes missing.

This Spanish film was the directional debut of J. A. Bedoya, and what a debut. The film presents a gothic setting with conventional horror and ideas to make a critically acclaimed and compelling horror film. The perfect ingredients for any viewer to feel astonished and scared until the very end of the film. This film is one of those horror movies that doesn’t matter how many times you’ve watched it; it scares you every time.

Scary kids, dark and gothic atmosphere, great acting, and effective scares; this film is one of a kind, no kidding. If you liked The Devil’s Backbone, you definitely would love this film. The fact that it’s a foreign film gives you a different cultural perspective on so many things. Even if you take all the horror elements in this film, The Orphanage will still be a fantastic film because it was so well written and directed. In fact, this movie is a drama film, telling the story of love and loss and grieving. The film hits you in unexpected ways and may even make you cry at the end. Believe me, this movie is one of a kind.

The film received a 10-minute standing ovation at Cannes Film Festival. Also, it went on to score the biggest box office opening in Spain, beating Pirates of the Caribbean: At World’s End and Shrek the Third. The Orphanage was produced by Guillermo del Toro, and I like to say that everything that Guillermo touches turns to gold. This movie is an excellent example of this.

The House of the Devil

The House of the Devil is a 2009 horror film directed by Ti West, tells the story of a young college student who works as a babysitter at an isolated house. She is suddenly caught up in bizarre and dangerous events throughout the spooky night.

It’s hard for a film to be both fun and frightening. Some movies tried to mix those aspects and failed, but this Ti West’s masterpiece did it right. Thanks to that, it is enjoyable to rewatch it over and over again.

A modern tribute to the ’70s and 80’s horror cinema, the film has a very cliché plot. Let’s be honest with that: a babysitter accepts a job in a mysterious house and soon realizes that it was a wrong choice of the strange things happening. The thing is that this film tells this story better than any other film. The movie was recorded on 16mm film, creating a grainy aesthetic that makes you believe that this movie was filmed 30 years ago.

This film lacks reliance on jump scares or plot contrivances which is a nice change of pace for a horror movie without these aspects. Viewers and fans can enjoy the slow burn and anticipation. It takes its time creating a sense of discomfort that escalates every minute until the horrible finale.

This is one of those films you want to show to your friends who never heard of this movie and watch it along with them, just to see their reactions while watching it to the very end.