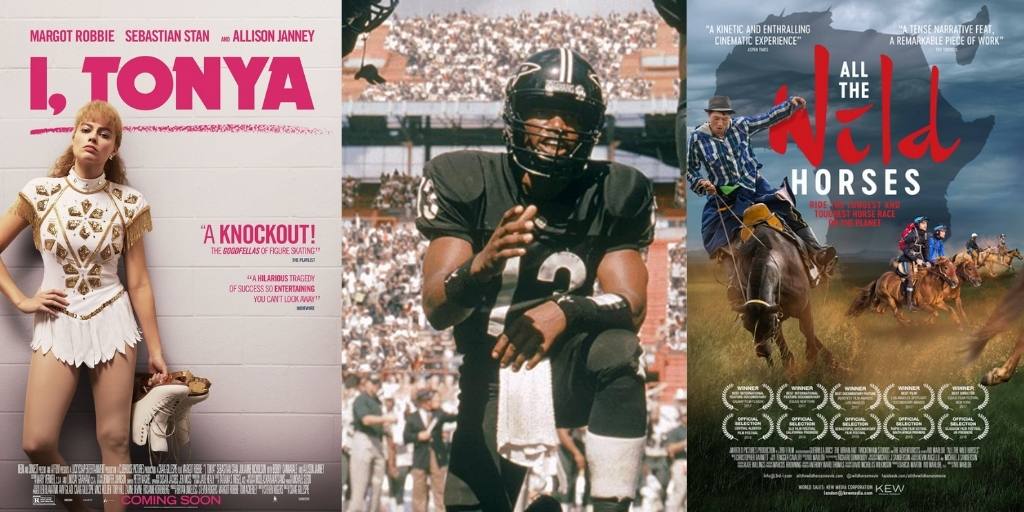 Are you excited? I’m not sure which one I want to watch first!

Most people Hulu to watch live sports, but it also has some fantastic sports movies. This list will have you motivated, inspired and pumped up to the core. We have you covered and are sure you haven’t seen all of them (hopefully).

Any Given Sunday is an American sports drama that hit screens in 1999. This classic is a behind-the-scenes glimpse at the life-and-death struggles of modern-day NFL players and those leading them.

The story depicts how a young and new team owner of The Miami Sharks, Christina Pagniacci (Cameron Diaz), steps up and dominates the head coach, Tony D’Amato (Al Pacino), to compel him to quickly turn the fate of the team back to its winning ways.

We see how a once-famous NFL team strive for a comeback while struggling for existence. On the other hand, a female owners driving ambition to prove herself in a male-dominated world.

If you are a fan of documentaries, our next choice is going to blow your mind. More than a Game is a 2008 American documentary film about the rise of high school phenom Lebron James and his transition into the NBA at the age of 18. The filmmaker Kristopher Belman aptly chronicles the early life of the basketball superstar and four of his teammates through their struggles and peaks of eye opening their high school basketball career from the small town of Akron, Ohio.

More than a Game is a story  that combines never-before-seen home videos, a series of unforgettable one-on-one interviews with rare news footage, and personal family photographs. In due time it will be the top sports movies on Hulu for every basketball fan.

In 1991, Tonya Harding, a talented figure skater, became the first American woman to complete a triple axel jump, a figure skater move that you will get to know amongst others in this comedy drama starring Margot Robbie. The film is written by Steven Rogers and directed by Craig Gillespie. The plot follows an incident that is considered one of the most infamous scandals in sports history.

In 1994, Tonya’s world came crashing down as her ex-husband conspires to injure Nancy Kerrigan, a fellow Olympic hopeful and Tonya’s rival, in a poorly conceptualized attack. This attack forces Tonya to withdraw her participation from the National Championship. The movie shows her struggle and how the incident ended her career.

I, Tonya, is a true and crazy story, plus Margot Robbie plays a great female leading actress role to make this story come to life on screen.

Are you a horse rider? Or a fan of horse racing? Well, if you have any passion for this sport, you might find our next choice appealing. All The Wild Horses, a 2017 film directed by Ivo Marloh, is a documentary featuring the longest horse race in the world.

More-so, Mongolian horses are molded and broken to the potential rider’s will thy are untamed and ‘wild’. This documentary depicts a heart-pounding story of adventure across the Mongolian wilderness and the unbridled human spirit. Even the non-horse-riders will also find this film fascinating!

Wait, did we miss boxing? How can we? This next title is Triumph of the Spirit, a 1989 film directed by Robert M. Young. The movie is inspired by a true story of a Greek Jewish man, Salamo Arouch (Willem Dafoe), who survived the Holocaust because he was an expert boxer.

Interestingly enough the first fiction film is the first of it’s kind to be shot in the death camp of Auschwitz. Salamo’s story of survival during such a dark time a movie that may get forgotten amongst other highly favorited sports and boxing movies. Don’t forget to keep some tissues by as you watch this heartbreaking and motivating film.

Creed II is the sequel of the famous Creed movie, released in 2015. Directed by Steven Caple Jr., this movie is a story about a young fighter who is the son of Apollo Creed. Apollo Creed was murdered in a tragic match by Russian boxer Ivan Drago (Ivan Drago) in Rocky from 1985 . Now, Apollo’s son, Adonis, is up to avenge his father’s death and challenges Viktor Drago, Ivan’s son.

The story depicts how Adonis (Michael B. Jordan), under Rocky’s (Sylvester Stallone) training, overcomes his difficulties and rises from the ashes to fight and claim ultimate success. This is an exciting film to watch with your friends and family plus you can watch Creed (2015), the prequel, to understand the plot better.

How about going into some recent football-oriented sports movies on Hulu? Run the Race, directed in 2019 by Chris Dowling is just that. It’s an American Christian drama film featuring the life of Zach, an All-State athlete who finds his passion and glory on the football field.

The story is about two brothers who use football to cope with their loss – their mother’s death and their father’s abandonment. This movie is an ideal choice for Christian families who favor watching faith-based films. It perfectly shows the emotional burdens carried by the broken and wounded souls.

In Search of Greatness is arguably the top sports movie on Hulu. Released on November 2, 2018, this documentary film collects original interviews with famous sporting-world figures Jerry Rice, Wayne Gretzky, Pelé and more. Directed by Gabe Polsky, In Search of Greatness explores the role of creativity in the world’s greatest athletes’ careers, both contemporary and historical.

The trailer opens up with a tagline that says, “In every field, there are some who soar above the rest. This is not the story of who. This is the story of why.”.  It features some of the worlds  top sports figures such as Tom Brady, Muhammad Ali, Red Auerbach, Michael Jordan, etc. As documentary is sure to gather your spirits, be ready for a full cup of motivation and new perspectives.