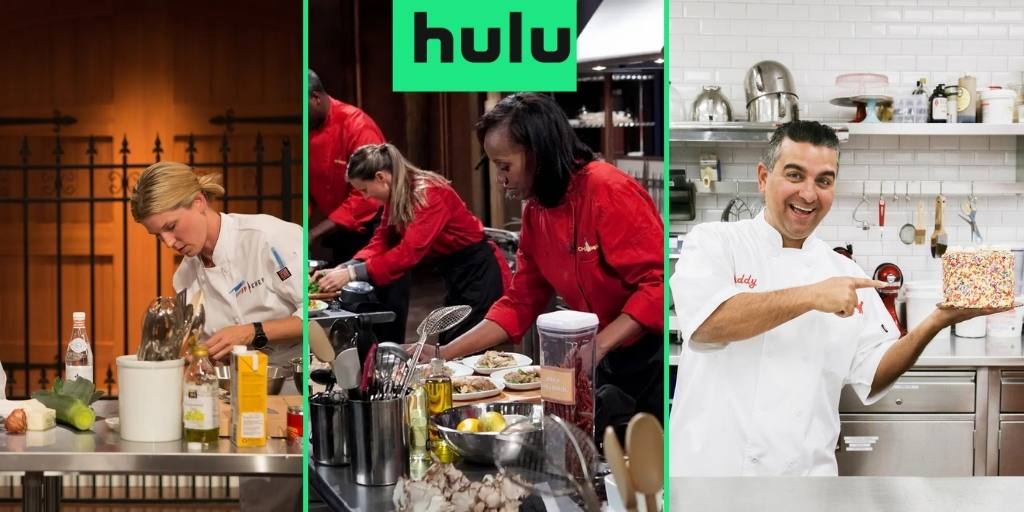 There are way too many cooking and food shows to take a look at on Hulu. So, here is a shortlist for you to consider when choosing your next cooking flick. How does this lineup work for you? Let us know what you think in the comments below. The last one will surely have you stumped.

This list is 100% opinionated and based on reviews from past and present viewers. The following shows have entertained countless food lovers around the country and it’s your turn to choose your favorite.

The Food Network show Chopped is consistently one of the most-watched cooking shows on Hulu season after season hosted by TV personality, Ted Allen. During the reality, food game showdown contestants are put on the clock while preparing several courses with mystery ingredients given to them by a panel of celebrity chefs. The 2009 cook-off allows the winner $10,000 and has a staggering 49 seasons according to Mashed. This one will have you on the edge of your couch all while making you believe you can smell the food.

Top Chef is a Bravo TV original and in its eighteenth season. This classic cook-off consists of executive chefs and restaurant owners from around the US. If you are into quality cuisine and fast-paced competition this is the show for you! The Chefs push their boundaries while competing in front of the world to showcase their skills. The show is so popular that it even has a spin-off for kids, Top Chef Junior. Padma Lakshmi hosts the latest season of Top Chef 2021 in Portland, Oregon.

Cake Boss is a classic reality cooking show for the whole family. Buddy Valastro is the star of the show taking place in Hoboken, New Jersey. The show centers around Carlo’s Bakery, the family-owned and operated baking shop where you can expect a ton of friendly family feuds as the cast delivers one-of-a-kind cakes for weddings and other celebratory events. Recently the Cake Boss, Buddy Valastro, had a hand injury at the end of 2020 so the show truly captures the prime time of his career before his injury. During the episodes don’t be surprised if you might catch inspiration to bake on your own. The show originally premiered on TLC and has a running total of 14 seasons.

Be ready to truly chill if you’re watching this show. Chefs compete to make the best meals that are all infused with marijuana. As the competing Chefs are all restaurant owners they also have experience cooking with cannabis. The show is hosted by Vice and features celebrity judges such as hip hop artists and modern cannabis experts in Los Angeles. As edible marijuana has become a more common and accepted substance, the show will definitely give you a new outlook on the future of cannabis in America. Now, if you just want a preview here is a Youtube short from Vice.

1. Eater’s Guide To the World

This show is one of the newest food shows on Hulu and is available only on Hulu as a Hulu original. In fact, this video will tell you exactly what I’m talking about: