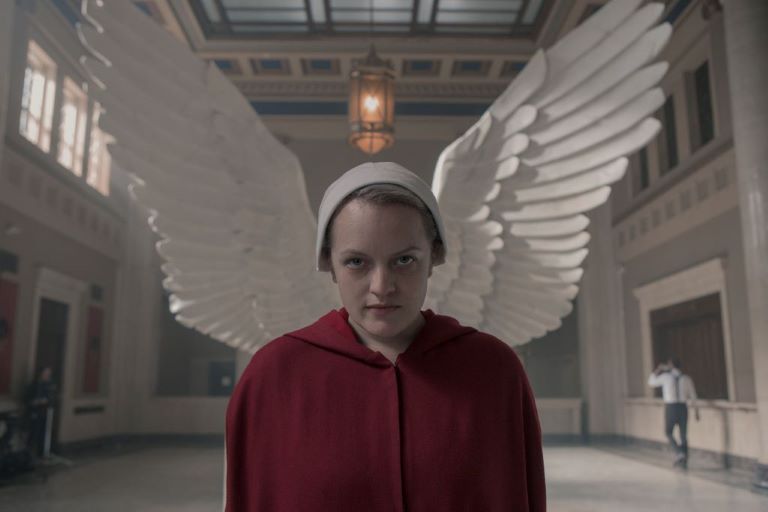 In case you were unaware, the indisputable theme of The Handmaid’s Tale is the ever-present misogyny within the show. It can not be denied that we live in a patriarchal society, as the United States has never had a female president and therefore never had the opportunity to be matriarchal. Although it is a bit of a reach to compare the dystopia of the Gilead, the fictional location of The Handmaid’s Tale, to the current injustices of misogyny in the present society, there are still some similarities to factual events in U.S. history. This is especially true when the women of Gilead are suddenly stripped of their rights, no longer being allowed access to their own bank accounts or unable to legally hold property.

How does the misogyny compare to real life?

When looking at the stripping of women’s rights within the Gilead world, it reminds the viewer of a time in American history where women were denied the same rights as men. It wasn’t until 1848 that women were allowed to own property. Additionally, women were not given the equal right to vote until 1920 with the Women’s Suffrage Movement.

However, many will argue that the main difference is that in the show, it is the cooperation and obedience of the women who are treated as lesser beings that most separates the Gilead world from our own. As we know, the American women have risen up time and time again to demand equal rights.

Critics have a lot to say about the female oppression within the story. Some have deemed the acceptance of upper-class Gilead women of the abuse of the lower class Gilead women as a “new form of misogyny: women hating women.” Furthermore, others have claimed that the patriarchal standards of womanliness in the show are not a far cry from many of the expectations women are faced with in the present day. Those who have watched the show and witnessed its violence and atrocities against the women characters may not be able to see the feminism behind the original story within the novel.

Yes, this story of the handmaid is actually considered feminist.

Viewers have vehemently opposed the idea that the show could be remotely considered feminist due to the deplorable mistreatment of the Gilead handmaids. How would one call this feminism?
The reason the story is being called feminist is due to the show calling awareness to the fact that women are, well, human beings. After all, bringing awareness to, or deeper thought about, an injustice is a progressive act in itself.

It is also important to keep in mind that the novel in which the show is based was written in 1985. There have been many strides in equality of the sexes since that time. Women are becoming even more accepted in higher positions within the workforce and efforts have been made to avoid discrimination of sexes for job consideration, just to name a couple of instances. Could these achievements be in part thanks to the novel, written 36 years ago?

What’s in store for The Handmaid’s Tale in Season 4?

This is a fair warning! There are spoilers in this section. If you do not wish to read them, skip ahead to the comments below to give your thoughts on the series or the novel.

Season 4 is set to premiere on Hulu on Wednesday, April 28, 2021. Trailers that have been released give us an idea of what is in store for the main character June in this season. We see glimpses of June leading a revolt against Gilead, perhaps finally allowing viewers to understand how the show would be called feminist. However, in rebelling, June may be risking the relationships that mean so much to her.

Find out where to watch The Handmaid’s Tale here.